VINCE GIORDANO—THERE’S A FUTURE IN THE PAST 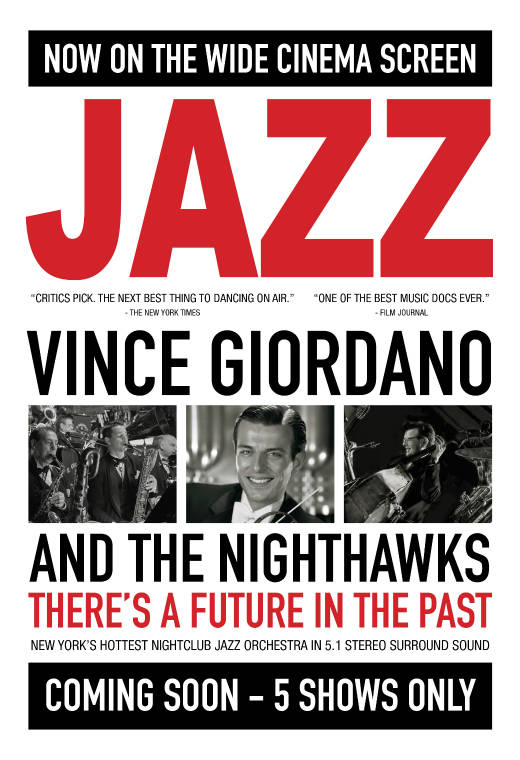 VINCE GIORDANO—THERE’S A FUTURE IN THE PAST

What does it take to keep Jazz Age music going strong in the 21st century? Two words: Vince Giordano -- a bandleader, musician, historian, scholar, collector, and NYC institution. For nearly 40 years, Vince Giordano and The Nighthawks have brought the joyful syncopation of the 1920s and ‘30s to life with their virtuosity, vintage musical instruments, and more than 60,000 period band arrangements. This beautifully crafted documentary offers an intimate and energetic portrait of a truly devoted musician and preservationist, taking us behind the scenes of the recording of HBO’s Grammy award-winning Boardwalk Empire soundtrack, and alongside Giordano as he shares his passion for hot jazz with a new generation of music and swing-dance fans. "Vince Giordano--There's a Future in the Past" is distributed by First Run Features.
Host a cinema screening