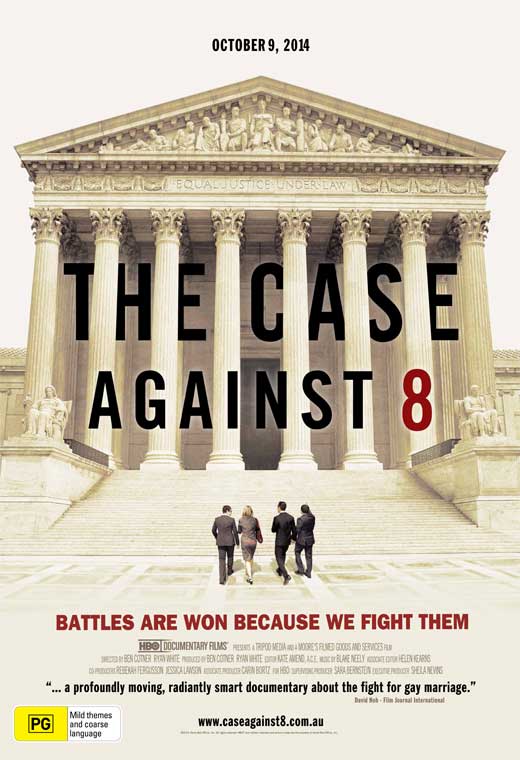 The unlikely team that took the first federal marriage equality lawsuit to the U.S. Supreme Court.

A look at the aftermath and events that led up to California's Proposition 8, which added a new provision to the state's Declaration of Rights that defined marriage as only "between a man and a woman."
Host a cinema screening