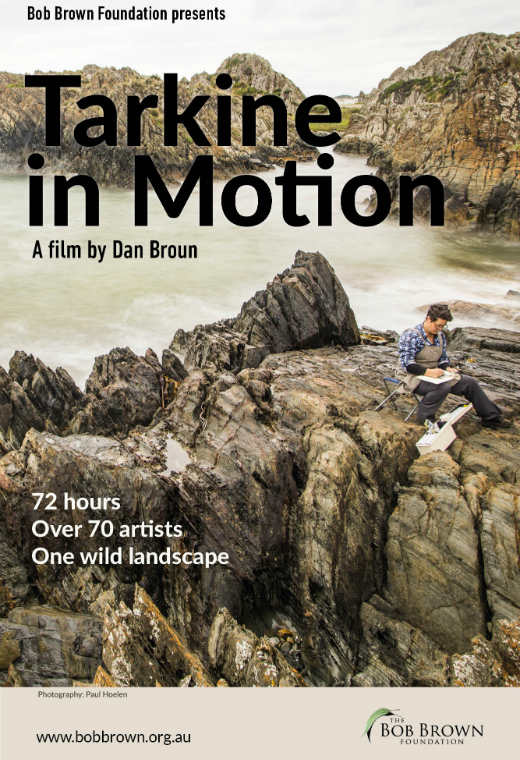 Over 70 artists in 72 hours bring to you the essence of one wild landscape which is the Tarkine. It is alive and in motion

In April 2015, over 70 photographers, filmmakers, musicians and artists journeyed into the Tarkine to document and interpret its wild, scenic beauty as never before. From that weekend comes this stunning 55-minute documentary portrait of this threatened wilderness and the creative minds working to save it. Curated by Tasmanian wilderness photographer and film maker, Dan Broun and the Bob Brown Foundation, Tarkine In Motion is a multi-platform project culminating in film, concerts and exhibitions of art created in the heart of the Tarkine, one of the last great wilderness areas on the planet. This documentary screening will be accompanied by environmental shorts and a Question and Answer session from speakers who are working to protect the Tarkine and have tales to share, including suggestions for how you too can be involved. This event is organised by Melbourne based campaigner for the Bob Brown Foundation, Emma Wasson. For any enquires to the Foundation directly, please contact emma@bobbrown.org.au
Host a cinema screening