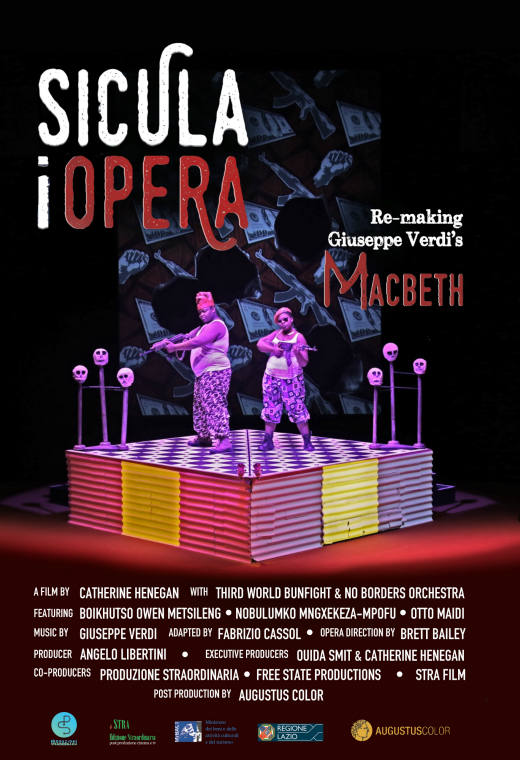 A documentary portrait of a radical re-make of Verdi’s opera Macbeth.

From the bright lights of some of the world’s most prestigious theatres and festivals, we follow 3 opera singers on a world tour, then back to their lives at home in South Africa. The film also showcases this powerful, political production. Shakespeare’s story of greed, tyranny and remorse is set in the eastern provinces of the Democratic Republic of Congo (DRC). The film’s director Catherine Henegan traveled with the opera over of a period of 3 years in the role of company manager, giving her a unique opportunity to document the artists involved in this extraordinary theatrical production.
Host a cinema screening