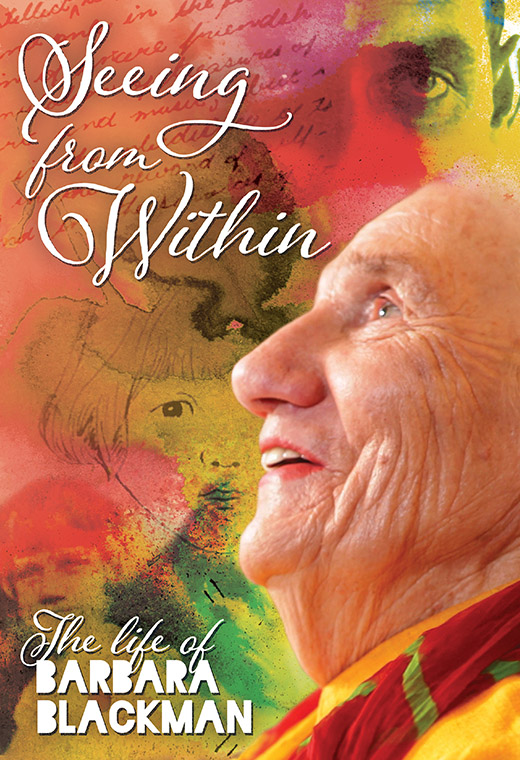 Writer, muse, and philanthropist, Barbara Blackman reflects back on a fascinating life of highs and lows, determined to find meaning, authentic spirituality and wholeness, uncompromised by blindness.

Life for Barbara Ena Blackman AO was not fated to be easy - or conventional. Known widely as the blind ex-wife of the eminent Australian painter, Charles Blackman, Barbara is so much more than that. She is a successful writer, muse, activist, friend and philanthropist; a remarkable woman who raised three children she was, for most of their lives, unable to see. She has lived a life of fame and infamy, filled with some of the most colorful characters in the art and music world of the last 80 years, but it is her own intimate ‘soul’s journey’ where the great stories lie. At 85, she is still an energetic patron of the Arts, a muse to many artists and musicians, a social advocate and tireless activist. Now in the winter of her life, many of her old friends have gone. Knowing that her time on earth is coming to an end, she focuses on tidying up loose ends and reconciling her past. This is a story about loss and finding, connection and re-connection. We weave in and out of the present as she tells her story, dropping back in time, the visual storytelling includes extensive use of animation, contemporary footage and archival video, abstract recreations and photographs. . Soundscape and soundtrack are an incredibly important component of this film as is emotional coloring and tone. Through this feature-length documentary, this gifted storyteller reflects back over the many adventures and epiphanies of her life; a life in which she has been determined to find meaning and authenticity, uncompromised by blindness and other circumstances.
Host a cinema screening