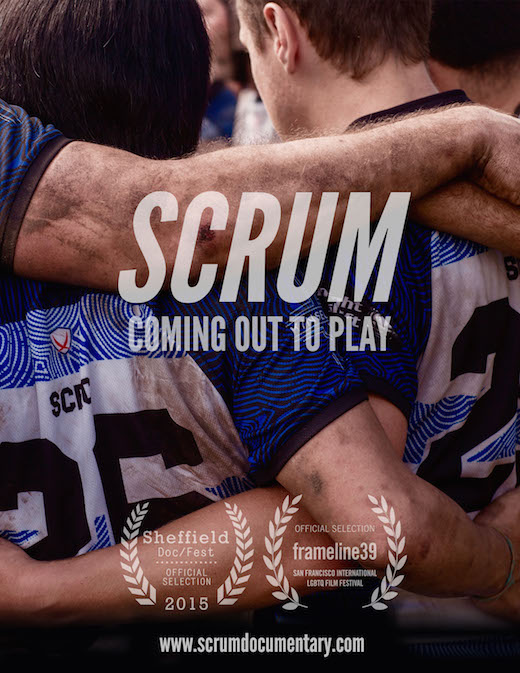 Coming out to play.

Scrum is an award winning Australian documentary that tells a story of determination, acceptance, and brotherhood. Aside from broadcasting in three continents, Scrum has toured the festival circuit to great acclaim. Now is your chance to see the powerful film that’s changing the way people view sport and homosexuality. Scrum presents an intimate look at the journey of three players on the Sydney Convicts Team as they prepare physically and mentally for the 2014 Bingham Cup. For these players, being part of the Convicts means you’re more than a team; you’re brothers. As the players vie for a place in the gay rugby World Cup, this muddy, sweaty and visually arresting documentary reveals what it means for these incredible tough men to be able to compete and be accepted for who they are. “Beautifully observed. I loved Scrum.” Neil Armfield, director Candy, Holding the Man. “Absorbing, honest and emotionally potent.” 4:3 Films. “Scrum overwhelms and ignites.” Unsung Films. “Steamy, pulsating, gritty.” San Francisco Frameline 39.
Host a cinema screening