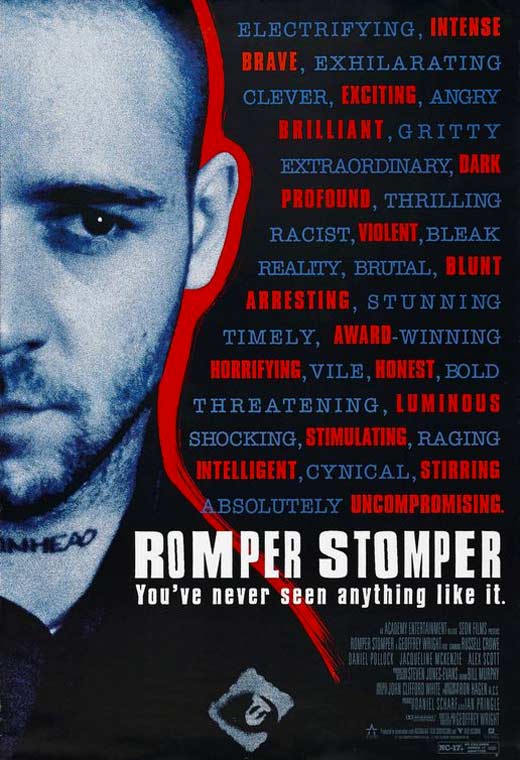 A group of skinheads become alarmed at the way their neighbourhood is changing.

Hando (Russell Crowe) and Davey (Daniel Pollock) are the leaders of a racist youth gang who spend their nights attacking Asian immigrants in a rough section of Melbourne. On the run after losing badly in a fight against the new Vietnamese owners of their local pub, the pair hook up with teenage junkie Gabe (Jacqueline McKenzie), who suggests robbing the mansion of her rich and sexually abusive father (Alex Scott). But the girl's presence begins to drive a wedge between the longtime friends.
Host a cinema screening