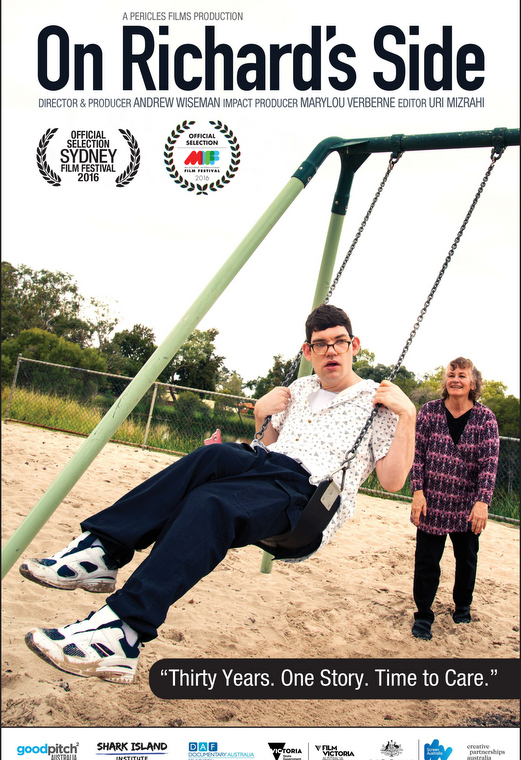 On Richard's Side provides intimate and poignant insights into his parents' quest to establish a quality life for their son and themselves.

35-year-old Richard has lived with a severe intellectual disability since birth, having relied on the care and love of his parents, Deirdre and Charlie, friends, family and support workers. A few years ago there was a major change in Richard’s life and now his mother Deirdre is fiercely committed to finding answers to the questions: who will care for Richard in the future and what will happen to her son when she is no longer around? Three decades in the making, On Richard's Side is the moving and eye-opening final chapter in filmmaker Andrew Wiseman's trilogy of films about Richard's life, beginning with Driving with Richard (1992) and Wonder Boy (2001). Offering a piercing insight into the everyday trials and joys of living with and caring for someone with a severe disability – as well as shining a much-needed light on the conditions faced by Australia's 2.8 million carers – On Richard's Side is a film of uncommon warmth and understanding that may shred your preconceptions about what it means to live with a disability.
Host a cinema screening