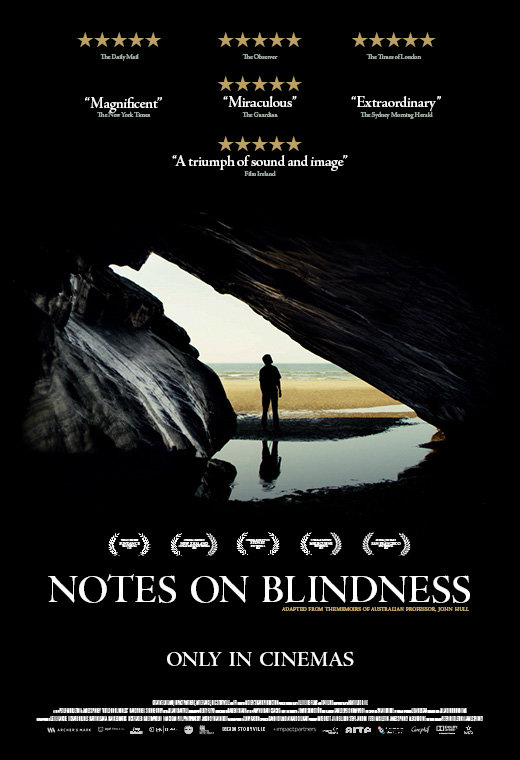 After losing sight, John Hull knew that if he did not try to understand blindness it would destroy him. In 1983 he began keeping an audio diary, documenting his extraordinary journey into ‘a world beyond sight’

In 1983, after decades of steady deterioration, writer and theologian John Hull became totally blind. To help him make sense of the upheaval in his life, he began documenting his experiences on audio cassette. Following the Emmy Award-winning short film of the same name, NOTES ON BLINDNESS takes a creative approach to the documentary form. Actors lip-synch to the voices of the family, embedding John’s original audio recordings within compelling cinematography and textured sound design. The result is a poetic and intimate story of loss, rebirth and transformation, documenting John’s extraordinary journey into ‘a world beyond sight’. Nominated for 3 BATFAS including Most Outstanding Film and Best Documentary.
Host a cinema screening