Me and My Mates VS The Zombie Apocalypse 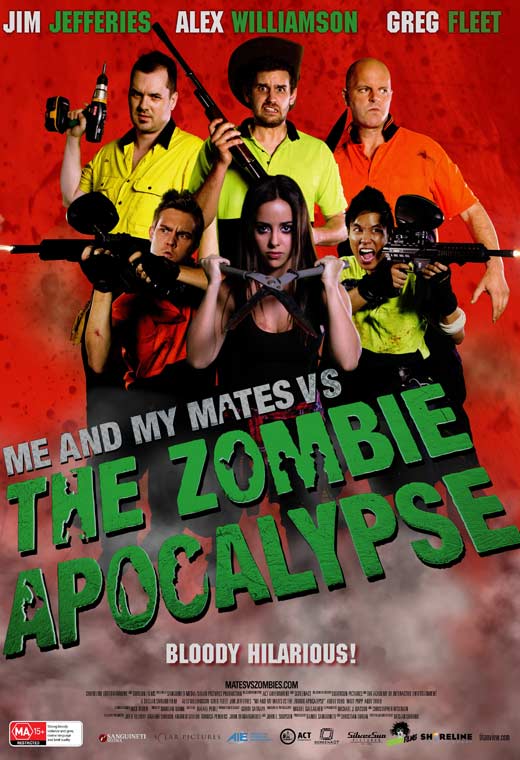 Me and My Mates VS The Zombie Apocalypse

The zombie apocalypse has just hit blue collar Australia. Darryl (Alex Williamson), a mid-twenties telecom tradesman and larrikin Aussie bloke, gets trapped in a telephone exchange with several of his co-workers. Although the world has gone to ruin, Darryl is still trying to convince his bosses Roy (Greg Fleet) and Joel (Jim Jefferies) to let him join his prestigious indoor cricket team. Two things stand in his way: the current zombie apocalypse and the fact that Darryl has killed Roy’s now-zombie wife and had sex with his daughter, Emma. Things become increasingly complicated with the arrival of Emma’s boyfriend, Lachlan, and his co-worker Ryan - the apprentices. As the older tradie blokes clash with the apprentices on plans for safety and survival, Darryl finds himself stuck in the middle of a situation that only has two outcomes: life and death, both of which come with an ever present lack of beer. ‘Me and My Mates vs the Zombie Apocalypse’ is an Australian Zombie Comedy, the first official oz-zom- com: an outrageous comedy about friendship, loyalty, beer and zombies.
Host a cinema screening