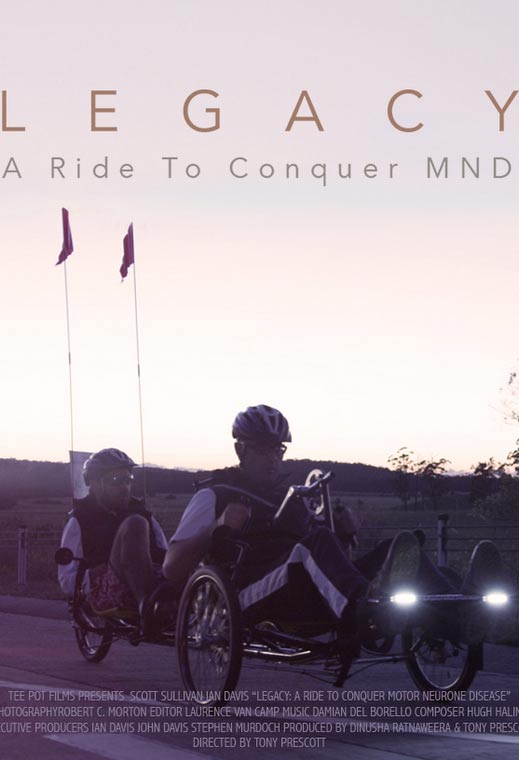 A tale of the enduring spirit.

Legacy: A Ride to Conquer Motor Neurone Disease is a tale of the enduring spirit. Battling Motor Neurone Disease of which little is known, 33 year-old doctor Ian Davis, and 39 year-old father of two Scott Sullivan are using what time they have left to raise awareness of the disease that will soon claim their lives. Mounted on a custom-built tandem bike that caters for their disabilities, these two inspirational characters embark on an epic journey down the East coast of Australia reflecting on the mark they will leave behind.
Host a cinema screening