Jack of the Red Hearts 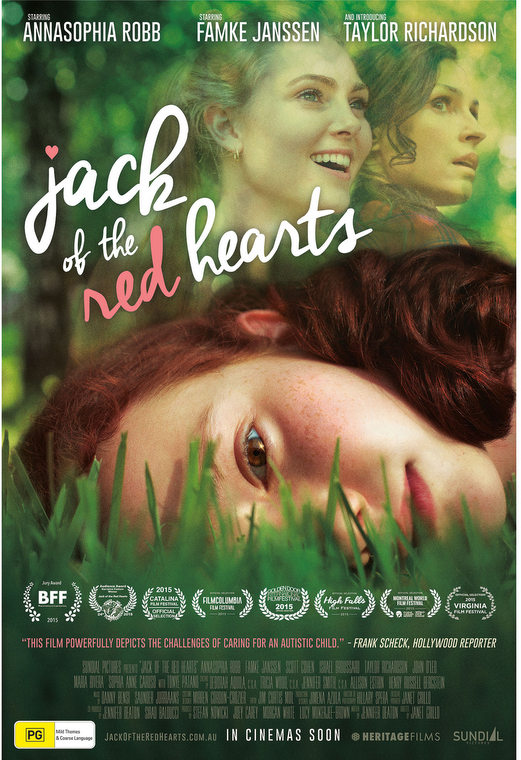 Jack of the Red Hearts

Street wise teen and casualty of a flawed foster care system, Jacqueline cons her way into a job by posing as an experienced caregiver for a family with an autistic child. Initially in over her head, Jack finally connects with her new life and beautiful 11 year old Glory in an unexpected way. But just when Jack think’s she’s found redemption, her deceitful past catches up and she is forced to confront her true self. Jack of the Red Hearts stars teen sensation AnnaSophia Robb (Bridge to Terabithia, Charlie and the Chocolate Factory) and X-Men/Taken favourite Famke Janssen.
Host a cinema screening