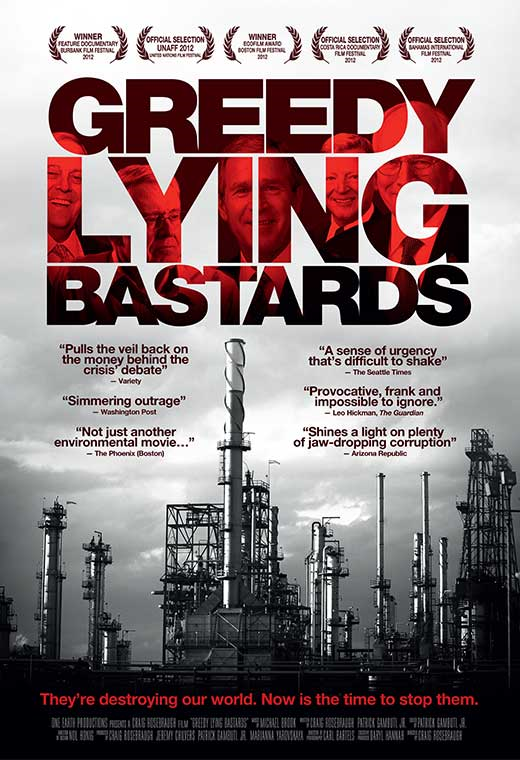 Climate change is no longer a prediction for the future, but a startling reality of today.

Melting sea ice, glacier loss and rising sea levels. Severe droughts and wildfires. Increasingly severe tornadoes, hurricanes, and flooding. Record heat waves. Climate change is no longer a prediction for the future, but a startling reality of today. Yet, as evidence of our changing climate mounts and the scientific consensus proves human causation, there continues to be little political action to thwart the warming of our planet. “Greedy Lying Bastards” investigates the reason behind stalled efforts to tackle climate change despite consensus in the scientific community that it is not only a reality but also a growing problem placing us on the brink of disaster. The film details the people and organizations casting doubt on climate science and claims that greenhouse gases are not affected by human behavior. From the Koch Brothers to ExxonMobil, to oil industry front groups, to prominent politicians and Justices, this provocative exposé unravels the layers of deceit threatening democracy and the ability for future generations to survive on planet earth.
Host a cinema screening