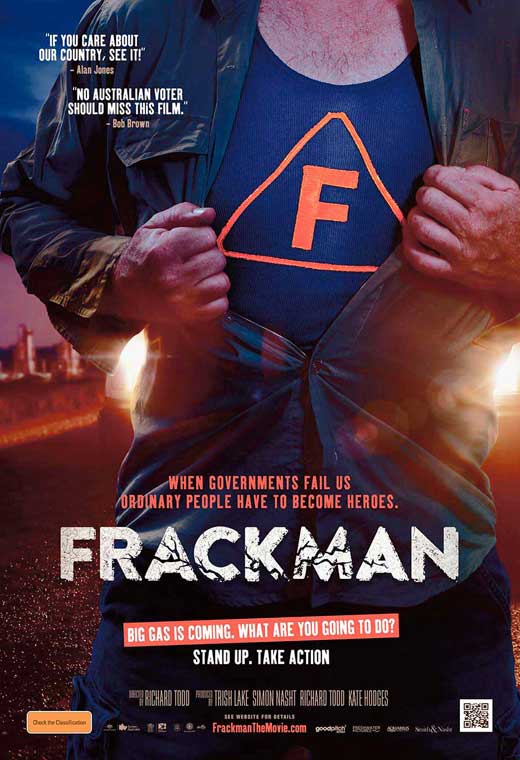 "If you care about our country, see it!"

Dayne Pratzky loved the quiet life on his rural block in central Queensland. Then the coal seam gas company arrived, and that changed everything. Legally he couldn't stop them mining his land, but that didn't mean he wouldn't fight. And so began a David and Goliath battle against a $200 Billion industry. Along the way he found love, tragedy and triumph. Frackman is like no other Australian film. It aims to spark a broad national conversation about the risks of our headlong rush into massive coal seam gas development. Five years in the making, it not only entertains and engages, it also gives audiences the tools to get involved in what is becoming the largest social movement our nation has seen in decades. It’s a deeply political film, but not the old style that is so badly failing us. This is the New Politics, bringing together old and young, city and country, conservative and progressive in a shared effort to prevent an environmental catastrophe. Can we imagine any other issue that would bring together the likes of Alan Jones and Bob Brown?
Host a cinema screening