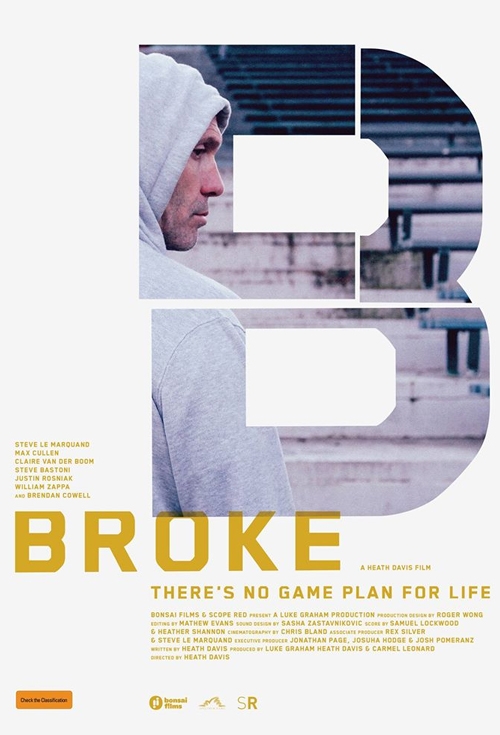 There's no game plan for life.

An ageing rail worker, Cec, finds his former footy hero turned washed up gambling addict, Ben “BK” Kelly passed out late one evening and decides to take him in. Through the love and support of Cec and his single parent daughter, Terri, BK finally finds the courage he was once famous for on the field, off it, to tackle his demons head on and ultimately win back the respect of the community he so deeply let down.
Host a cinema screening