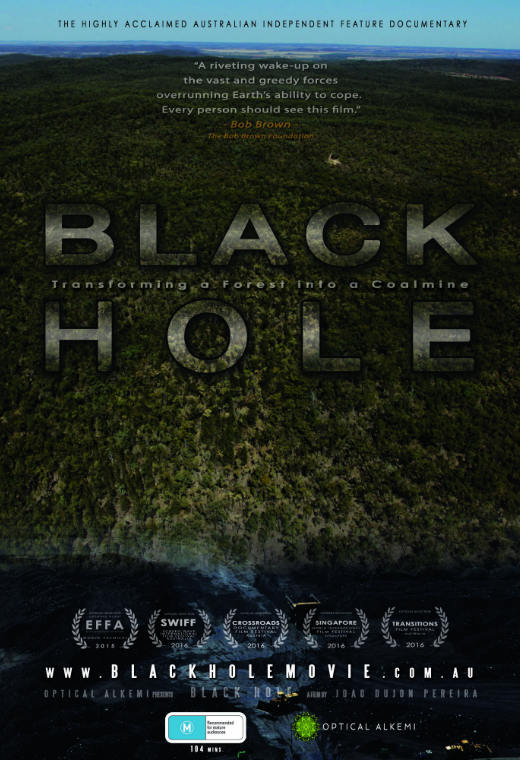 The fight to save the Leard State Forest from one of the most controversial coal mining projects in Australia.

Told in a collective narrative of ﬁrst person accounts with characters that thread throughout the ﬁlm. Black Hole is told over the period from 2013 to the present moment. The stage has been set for one of the most intriguing David and Goliath battles in this country’s history. Black Hole is the story of the fight to save the Leard State Forest from one of the most controversial coal mining projects in Australia – Whitehaven’s Maules Creek Coal Mine. Set against the backdrop of the mining industry’s ever-increasing thirst for fossil fuels, Black Hole is an intense and riveting exposé of the tensions between large corporations, the Australian government and the community. Examine the future of coal, corporate responsibility and the rights governments afford to people vs polluters.
Host a cinema screening